Even in Daft Punk-Era France, EDM Isn’t An ‘Eden,’ But Mia Hansen-Løve’s Movie Is 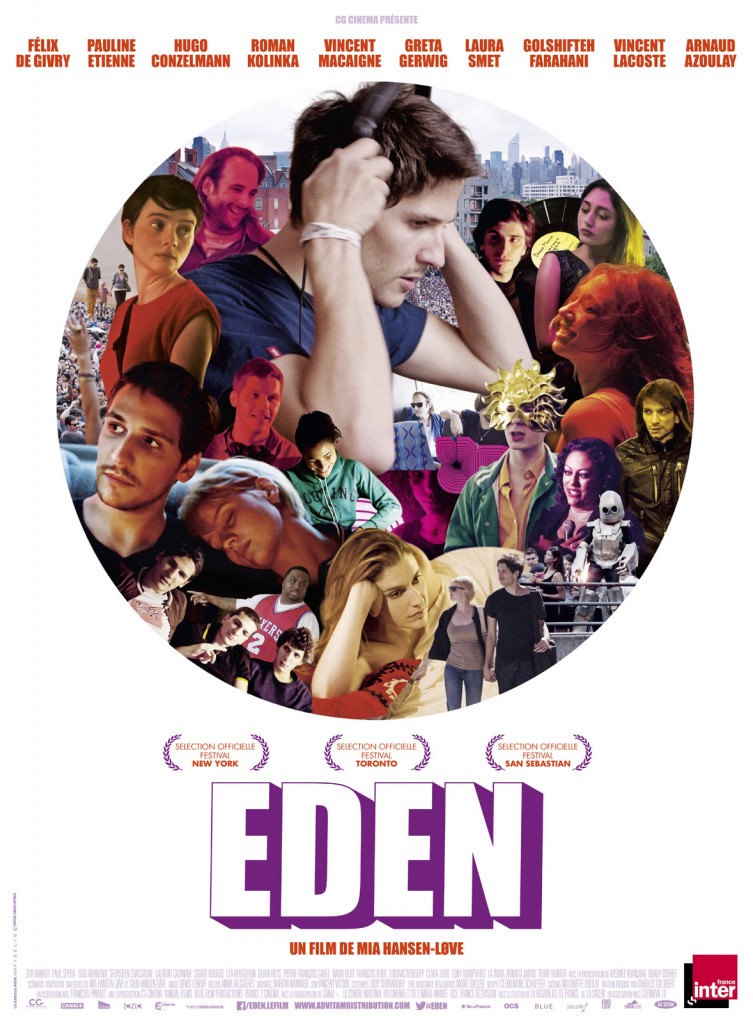 I *gasp* like EDM. I actually listen to it while writing, because its synthbeats are familiar, and its lack of lyrics are less distracting (I’m less likely to sing along to Knife Party than T-Swift). Before I left Seattle for LA, I was a bystander to the rave scene, finding myself embroiled in a weekly parade of new DJ’s, clubs, shows, raves and a slew of new best friends shuttling in and out of my apartment like a sitcom.

My best friend loved it, finding a show and an excuse to drop molly with other friends blessed with a couple degrees of separation on an increasingly routine basis, and it was one of many factors causing a schism between us. He would come back, still on his high, regaling us with the equivalent of day-after college party stories, introducing new mythic figures into his life every week, random strangers turned brothers and sisters, forged in the sweaty, don’t-give-a-fuck dancing arenas of Seattle, Las Vegas, Ibiza and beyond. It was easy to be jealous, frightened and annoyed, afraid that I was losing him to a Kaskading wave of unrealistic and unhealthy expectations when it came to drugs, girls and drops. Thankfully, I didn’t lose him, and if I had, it likely would’ve been due to my own demons. 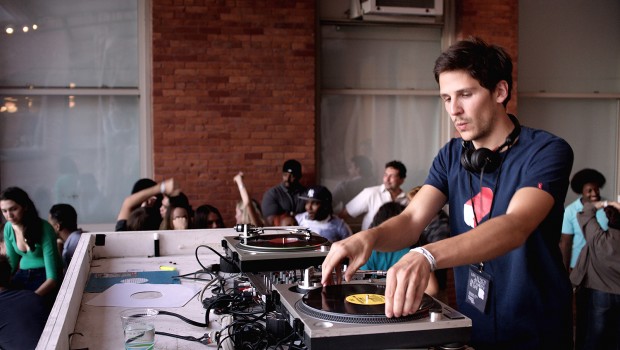 Raving is submitting to the horde, to not only become one of the sheep, but to join a hive mind that somehow makes the whole experience intimate, even if you’re truly alone among a sea of people constantly worried about their trip (should I pop another molly? When should I take my molly? Should I drink too? How many tabs of acid should I take with the molly? Is that girl dancing with me, or on me?). But you’re rolling man, and if you’re there, and in it, you’re on the same page, riding the same wavelength with not only your carefully planned group (whom you will hug 437 times over the course of a night), but with every American Apparel wearing motherfucker hopping up and down with you.

I (sometimes shamefully) really like the music, love to dance (especially when gifted with ecstasy and/or alcohol induced confidence), to dress up, but I didn’t want to jump into the rabbit hole, because I was worried about what was on the other side. I know I can be an obsessive, a completist. I have an addictive personality that has manifested itself in comic books, message boards, movies, TV and shitty blogs. If I immersed myself in rave culture, I was going to want to win, I was going to be good about it, knowledgeable about it, and that likely would’ve required a lot of acid, ecstasy and coke. While I’m sure people do it, you don’t go to a rave sober, bro. 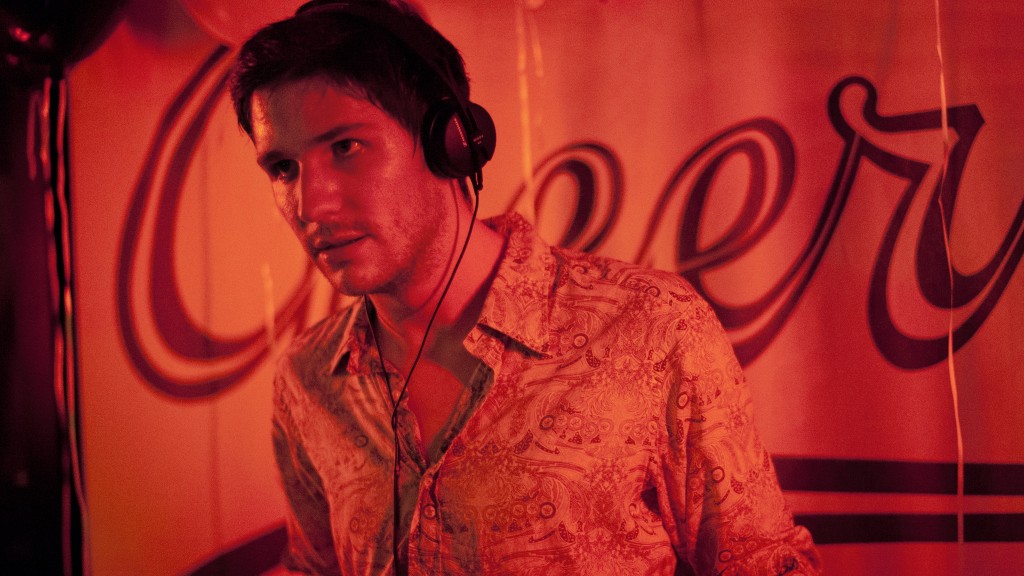 Mia Hansen-Love’s (Father of My Children, Goodbye My Love) Eden captures the birth of French house, a Disco/garage/house/electronic movement that would inspire the blanket term of EDM which has effectively weaseled its way into all manner of popular music. The film opens in 1992 on a foggy, mildewy morning, a boat rave still in progress, Paul (Felix de Givry) sleeping in the woods until his set. It’s equal parts sad, romantic and cool. It certainly helps that the opening of this film is particularly beautiful, and is so throughout.

Hansen-Løve’s exhilarating tale spans through the 2000’s, following a talented DJ who was there for the birth of French house, was friends with Daft Punk, but instead of transcending the movement, was consumed by it, clinging to the dream of money and fame that was elusive to DJ’s until recently (it’s a 6.2 billion dollar industry with Calvin Harris topping the Electronic Cash Kings list at $46 million over the past calendar year, numbers that top Jay-Z), and even so, only comes to the exalted few.

While this is Paul’s story, he’s situated in a group of ravers, including on again, off-again lover Louise (Pauline Etienne, below), his permanently morose and tortured artist best friend Cyril (Roman Kolinka), stringy haired funny man Arnaud (Vincent Macaigne) and his fellow DJ partner Stan (Hugo Conzelmann), who form Cheers. The underground French house music in the 90’s had them rubbing elbows with Thomas (Vincent Lacoste) and Guy-Manuel (Arnaud Azoulay), AKA Daft Punk, who hilariously can’t get into clubs despite their fame, because nobody knows their real names. 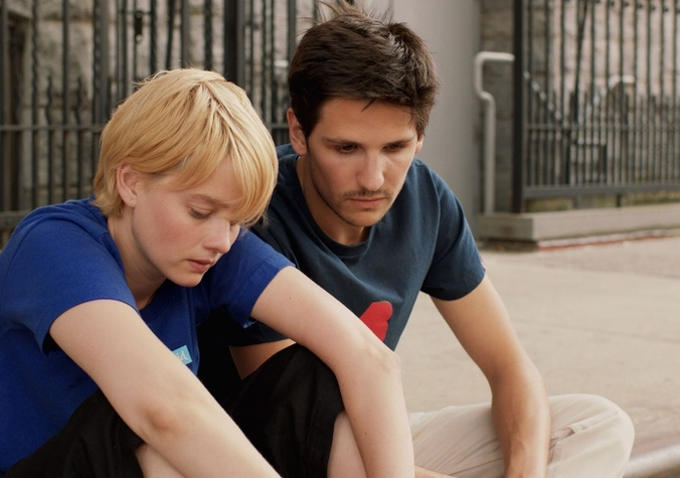 But we know all these people, who get caught in a movement and get swept away with it, and for years, none of them outgrow it. Inevitably, Paul is left alone with his girlfriend of the week, bouncing to his own beats at a wedding, while all around him, his friends are adding wives, children and “real” jobs to the equation, passing Paul by. Paul clings to the fringe fame he has with Cheers, hoping that the full club that he packs every week will translate to more.

Eden is painfully accurate in its depiction of rave culture, capturing the post-rave high/celebration/meal/nap, the hunger for drugs, the disturbing lack of sleep (its unreal), the hollowed out eyes, and yes, the awesome music that perfectly encapsulates the ever-shifting mood of the picture. The soundtrack is one of the most absorbing and enlivening of the year, and is a must-listen. You can find the Spotify playlist here; I’ve been listening to it nonstop since I saw the movie last Friday night. 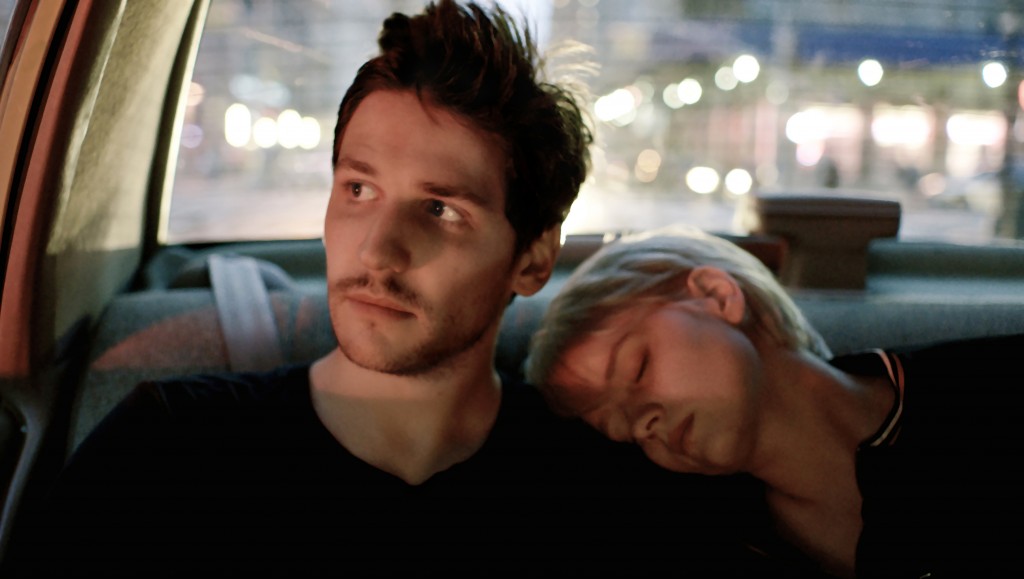 While we know these people as caricatures, we never get to truly know Paul, or any of these characters. Paul loves the music, borrows money to feed his coke habit, and stumbles from woman to woman, never connecting with them as much as he does with disco infused techno beats. The only time we see the real Paul is when he curls up nakedly in his American lover’s apartment, hiding under the covers, waiting for her to arrive. It’d be creepy if it wasn’t so adorable, and one of the only times we see Paul truly vulnerable until it’s almost too late for the movie, and certainly too late to rescue his future. His lover Julia is perfectly cast with Indie superstar Greta Gerwig. Paul professes his love for her, but if it wasn’t abundantly clear he’s her younger French sex plaything, it becomes so when Julia abruptly leaves Paul to return to New York and regain focus on her flagging writing aspirations, only leaving a note in her absence.

Eden is a portrait of the young man with a bright future ahead of him, the kind of person we’re all described fresh out of college but rarely actually capitalize on. Instead of finishing his thesis, Paul follows his passions, bathing in the disco garage music he loves, and while we’re constantly told to follow our passions, that spells doom for Paul, threatening a drop that he can’t bounce back from. Eden is a personal story; it’s inspired by Hansen-Løve’s brother Sven, who’s also a co-writer, but it’s also universal: we’re all worried our dreams won’t pan out, or that they might destroy us. Of course, as Eden proves, we do a fine job of that on our own.

Eden screened during this month’s AFI Fest. No release date in the U.S. has been announced, but it opens in France on November 19th, 2014.