7 Moments in Movie Wish Fulfillment: Telling Someone Off

This is a guest post from writer Lindsay Street of the incredibly creative and enlightening FRENCH TOAST SUNDAY.

Maybe it’s telling off a bully or quitting your job but whatever your fantasy, there are plenty of movie moments that magically pinpoint something you wish you could pull off in real life. When I started compiling this list, I knew what I wanted on it but had a tough time figuring out exactly how to name it. There were a lot of other moments of cinematic comeuppance that came to mind but fell into other various categories like revenge or long diatribes. So here are a few of my favorite scenes that feature characters going off on screen. 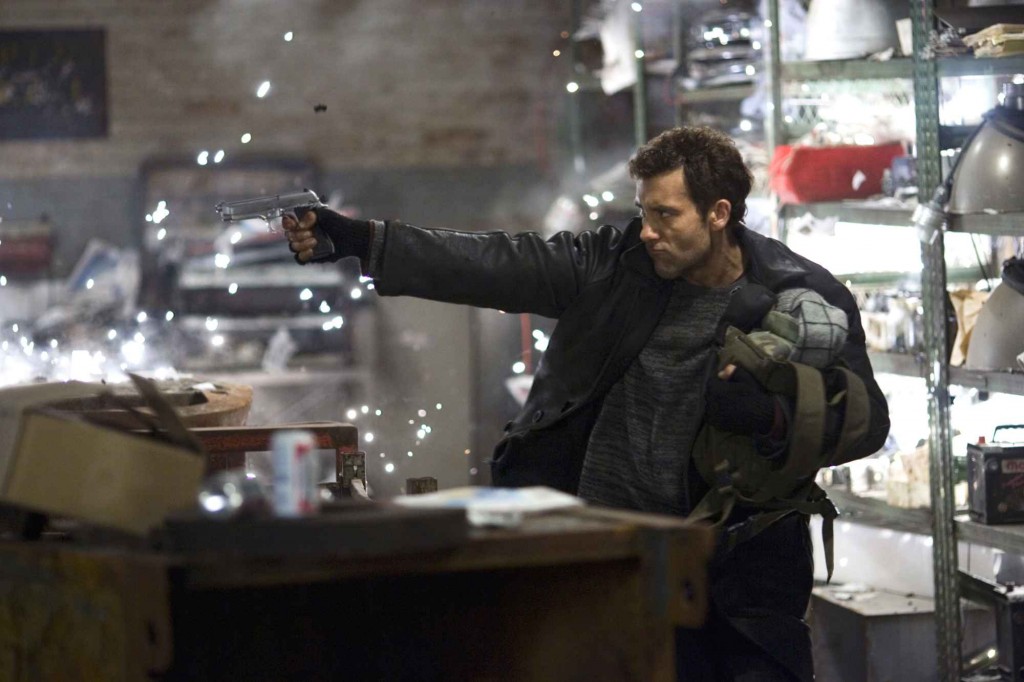 This only has Honorable Mention status because it doesn’t really fit the bill for this list but is still a mega-wish fulfillment moment for me. Driving is usually one of the biggest stressors of my day and on more than a few occasions I’ve seriously pondered why the country’s murder rate isn’t higher. It’s infuriating dealing with selfish idiots on the road that can’t merge, cut people off and drive recklessly just because they want to get home in time to see Two and a Half Men (that’s still a thing right?). If everyone drove respectfully and obeyed the simple rules of the road then there would almost never be any traffic. Everyone always complains about traffic but we should really just be complaining about all these stupid people and figuring out what to do with them. Alright, I’m kidding (sort of) but that sort of thinking is exactly what makes this clip from the ridiculously fun movie Shoot ‘Em Up so grand. Clive Owen doesn’t really tell anyone off but he does fulfill one of those collective daydreams we have all had when encountering a shitty driver.

Good Will Hunting – “How do you like them apples?”

I was watching this movie a few weeks ago while preparing for an upcoming Boston road trip when I decided I wanted to write a list like this. The extremely watchable flick follows a working class gent from South Boston named Will Hunting (Matt Damon) as he struggles to accept his gift of profound intelligence. The ‘ordinary guy you never saw coming’ is usually a favorite among the list of movie comeuppance moments but this scene might just take the cake. After some Harvard douchebag totally tries to cockblock Ben Affleck, Will uses his knowledge of Economic theory to verbally demolish the collegiate turd stain. To get the full effect though, you have to watch the follow up. It’s the last little bit at the end of the night, when Hunting delivers the adorable “Apples” line that completely seals the deal. 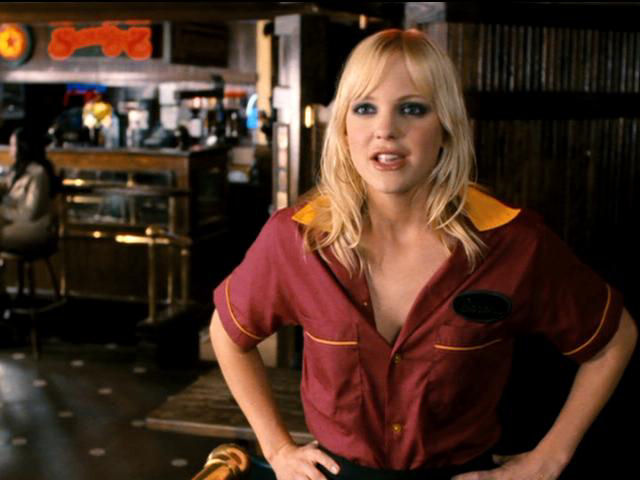 Waiting… – “Poof! As if by some form of slut magic you’d appear.”

I stand by the fact that I think Waiting… is hilarious and very rewatchable no matter how much Dane Cook is in it. The movie does a solid job recreating what it’s like to work in the dysfunctional family environment that is the food service industry. During some downtime at work, ladykiller Monty (Ryan Reynolds) gets into it with fellow waitress and former girlfriend Serena (Anna Faris) about their previous relationship. Serena’s deconstruction of their less than noteworthy time together is one of the funniest, most brutal and thorough shut downs ever put to screen. A lot of credit goes to Faris here, whose delightful delivery makes the speech feel less premeditated than I’m sure it appeared on paper but Reynolds gets to say my favorite line (the title I used for this scene) 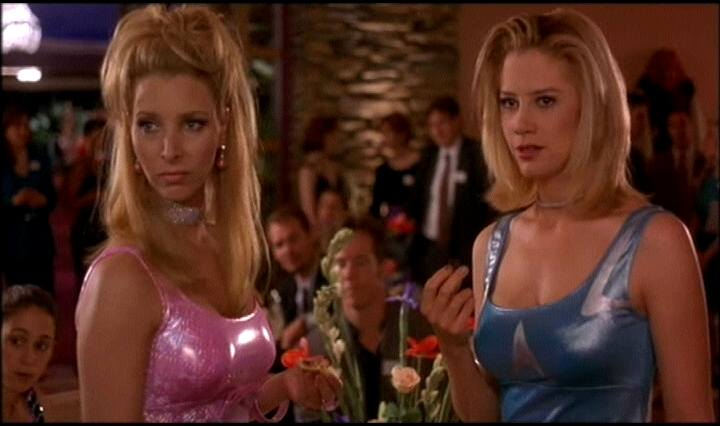 I doubt this movie ends up on a lot of people’s radar especially in the discussion of favorite films but for me, Romy & Michele came to me at an early age and quickly became one of my most quoted comedies. Much of the film deals with the social structure of high school and how cruel your peers can be. The title duo goes through great lengths to impressed their former classmates but realize late in the game that they shouldn’t really give a shit if people don’t like them or not. In the end, Romy delivers an impassioned statement to head bitch Christy Masters (Julia Campbell) that stands as one of my favorites. 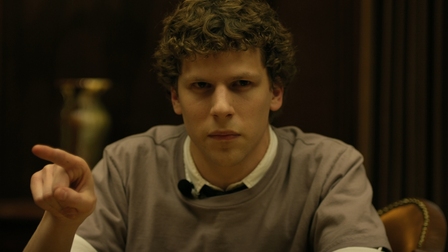 If you know anything about me you should know that I have an unabashed love for David Fincher and especially his 2010 film The Social Network. I’ve written about the film and this scene in particular at great length on other corners of the interwebs (you can read some here and here) but that doesn’t mean that there isn’t room for it here on this list.  During the midst of a lengthy legal deposition, the man at the center of the conflict, Facebook founder Mark Zuckerberg, seems distracted. When questioned about his disinterest, Mark gives one of the most biting retorts ever constructed. Oh how I wish Aaron Sorkin could write me a few bites of dialogue every once in a while. 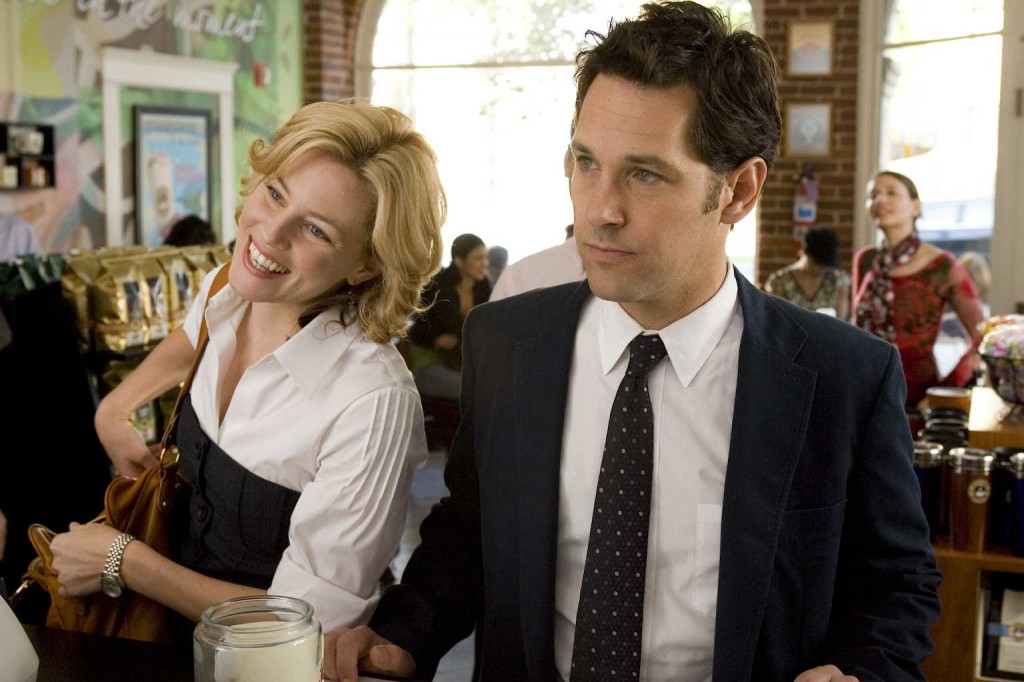 Okay, so admittedly, Danny (Paul Rudd) is indeed a dick in this scene and for most of the movie for that matter. But I mean, come on, the lady could have just made him a large coffee. I know that Role Models tries to tell you to lighten up and not let life’s little annoyances get you worked up but I would love to just go off on a few people every once in a while in the same manner in which Danny does in the scene.

50/50 is a truly touching and funny movie loosely based on screenwriter Will Reiser’s own bout with cancer. In the movie, 27 year old Adam Lerner is diagnosed with schwannoma neurofibrosarcoma and is given a 50% chance of recovery. Through his ordeal, he looks to his best friend Kyle (Seth Rogen) and girlfriend Rachel (Bryce Dallas Howard) for most of his support. Kyle has never approved of Rachel so when he spots her kissing some ‘Jesus looking freak’ at an art gallery while Adam is laid up at home, he gleefully snaps a photo of the dirty deed. What follows is equal parts hilarious and heartbreaking which is a great representation for the tone of the film.

American Beauty – “I’m just an ordinary guy with nothing to lose.”

Right at the top of my list of all-time favorite movies is Sam Mendes’ American Beauty. We follow Lester Burnham’s (a brilliant Kevin Spacey) splendid breakdown from Middle American slave to free spirited man as he completely revaluates and prioritizes his simple existence. In one of the best quitting your job scenes of all time, Lester sticks it hard to his corporate hell-hole job that is in the process of purging employees. His desperation translates in spades and makes you want to throw your fist in the air right along Burnham when his efforts pay off.

What are some of your biggest movie wish fulfillment moments? I’m sure that I have left off a ton of other great movie “tell-off” scenes so be sure to let me know some of your favorites in the comments.