Welcome to the Superhero Movie Guidebook! For an introduction to this series, click here. Check here for future updates every Thursday. 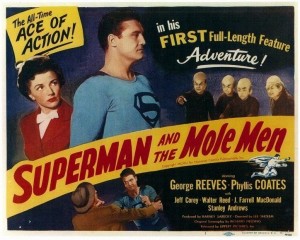 And so, it began.

The first movie on our list is 1951’s SUPERMAN AND THE MOLE MEN [now available on VHS!]. According to that possibly flawed Wikipedia list I’m going off of, it’s the first live-action superhero feature film, and as far as I know, it’s probably also the only black-and white movie on our list. Honestly, I went into this one expecting a pretty rough ride, but it turned out to be a surprisingly pleasant viewing experience.

The movie was made as a trial run for a Superman TV show, ADVENTURES OF SUPERMAN. It was successful in that the show got picked up, then lasted six years; the movie itself would also be aired on TV as the show’s only two-parter (under the name “The Unknown People”). The film’s two stars, George Reeves as Clark Kent/Superman and Phyllis Coates as Lois Lane, would continue on in those roles on the show, though Coates left after the first season and was replaced by Noel Neill.

The film pivots on Reeves’ ability to play up the Superman All-American persona, and he doesn’t disappoint. 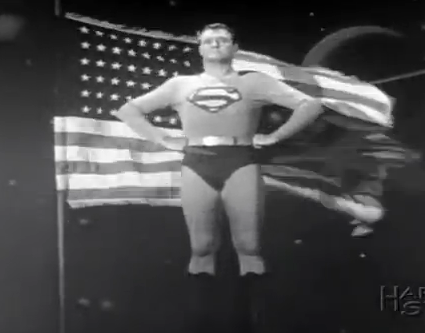 Reeves has an effortless charm that serves his character(s) well. His Clark Kent is capable in his own right, a large step removed from the more bumbling and clumsy interpretation we’ve usually seen since. As Superman, he’s even more effective. He expresses his moral outrage at the intolerant antagonists, ensuring that we all learn the somewhat heavy-handed moral of the story, while still looking self-assured, careless even, when being hit by bullets. 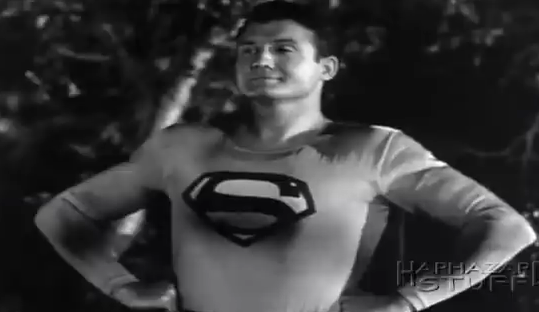 Lois certainly has less to do, but Coates gives her a mostly competent appearance. She too gives us a steady dose of justified outrage, and it was nice to see her not backing down, even from a mob of angry men with guns. Of course, it’s the early 50s, so she still has to shriek in terror at the first sight of the Mole Men, and get comforted by Clark while the men in the room gently explain that she was surely just seeing things. 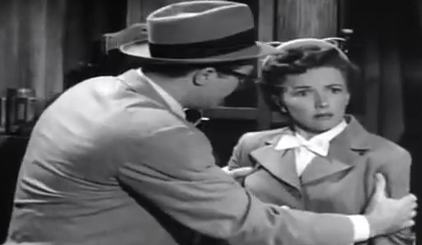 The plot involves Clark and Lois traveling to Texas to report on the world’s deepest oil drill. They find out it’s being shut down, and we soon learn the reason is that the rig dug too deep and struck radium instead of oil. (Sidenote: everyone is super casual about handling glowing radioactive substances.) What’s more, the drill unknowingly disturbed the home of the Mole Men, who climb up the oil shaft and explore the town. Going in, I just assumed the Mole Men would be villains, but surprisingly, no. Instead, they’re harmless but unattractive explorers, whom the townsfolk incorrectly believe are dangerous. They never actually talk, and are friendly until the end, when they try to reclaim one of their one. And even then, there’s still no doubt that they’re the victims in this plot.

A mob forms, led by Luke Benson (played with an appropriate edge by Jeff Corey), and tries to hunt down the Mole Men. For a long stretch of the film, we don’t see Superman at all, as the focus rests on the mob activity and the two Mole Men trying to escape. We get a legitimately frightening scene where the two harmless Mole Men are trapped in a wooden shed that Benson and the gang set on fire, and their panic as they try to avoid burning alive is rather unsettling. Luckily, they escape, and the chase continues until finally Superman arrives just in time to rescue a Mole Man as he’s falling from a dam. It’s the one time in the film we get to see Superman fly, and soar he does: 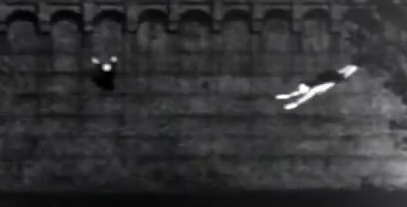 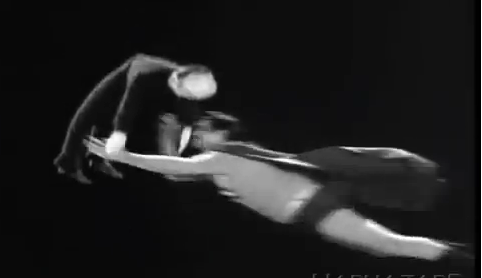 For 1951, I’d say the special effects were pretty solid.

By the end, the Mole Men are back underground and the well destroyed. Everyone is saved and all crises averted, giving us our superhero movie model for years to come. For the first offering of a future genre, it’s surprisingly enjoyable. The action is light and the morality play aspect of it is perhaps too overt, but Reeves’ charisma is undeniable and the plot is just good enough to support him.

Optional drinking game for this film:

1. Clark changes to Superman or back to Clark.

And if your alcohol tolerance is particularly high:

h/t to haphazardstuff.com for the video from which these screen grabs were taken.