This isn’t going to be a straight-forward review for The Force Awakens, but it was such an interesting movie-going experience that I need to get as many of my thoughts down as possible. If you haven’t seen it yet, read no further, as spoilers WILL abound.

First off, so as to not bury the lede, I had a great time watching The Force Awakens. It was a really fun movie with some great characters, both new and old. It is, at a minimum, a very worthy entry into the Star Wars canon. I’ve recently been able to forgive the prequel trilogy for its flaws, but I certainly wanted much more out of Disney’s new entries. The Force Awakens was lightyears beyond the prequels, and easily good enough to generate positive momentum for this next generation of films. 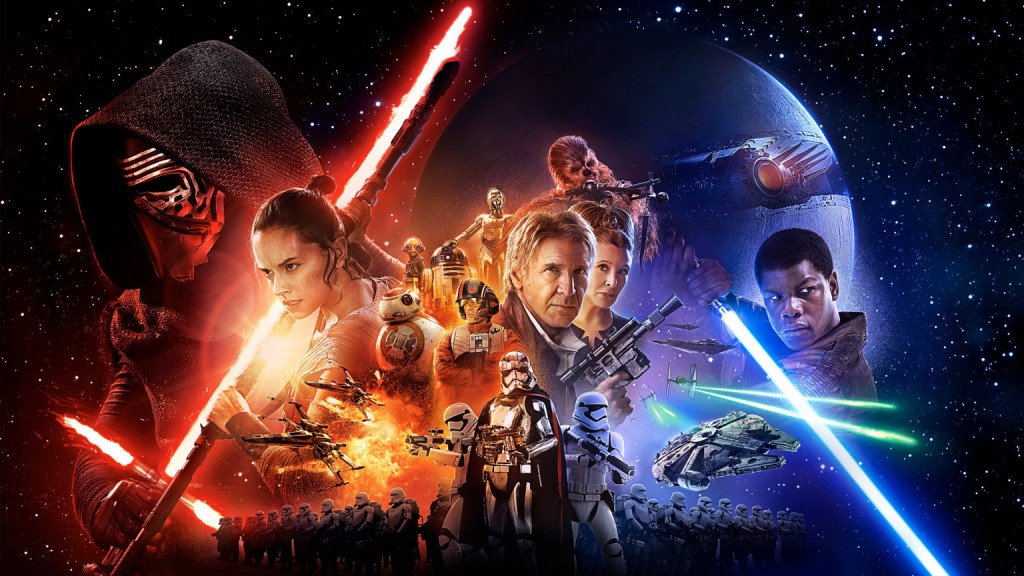 Beyond that, it’s hard for me to say exactly how good Episode VII was. It was very good, but where it ranks among the seven films, I’m not prepared to say. I think I need time to process it more, and additional viewing(s) should hopefully help, as well. I think a good summary of my immediate feelings comes from a comment by a writer on io9:

I will say this: The Force Awakens isn’t perfect. There’s some weird plot stuff and a few problems for sure.

But I feel about them the same way I feel about the problems in the original trilogy (e.g. all the times Luke and Leia almost kissed)—they exist, but they didn’t affect my enjoyment of the movie at all. In fact, primarily The Force Awakens felt fundamentally like a Star Wars movie to me and thus I love it. The plot problems I may have are basically inconsequential to this fact.

I think that’s a good way to put it. It had problems, but was always enjoyable, and most importantly, it was definitely Star Wars. Here are some assorted thoughts on specific issues, good and bad.

His evil colleagues were a little less successful, I thought. General Hux was fine, but his big moment was his fiery speech to the First Order troops, and that moment suffered some from the political confusion I’ll discuss later. Captain Phasma looked cool, but barely had any presence in the film. That’s not necessarily a bad thing; there was only so much that could be crammed in, and establishing our new heroes was more important. Supposedly, her role will be larger in future movies.

More important is Supreme Leader Snoke, whom I’m still of the fence about. I didn’t love his look, though I wasn’t clear if he’s really a giant or if that was just an effect of speaking via hologram. At first I assumed the latter, but if so, I’m curious as to why use a CGI’d character instead of just an actor in costume (Andy Serkis doing the voice is pleasant, of course), as nothing else about him wasn’t doable in makeup. Snoke is apparently the new Sith overlord, but he seems old enough to have been around during the original trilogy. I think his backstory, when we eventually get it, will be key to how good of a villain he is. 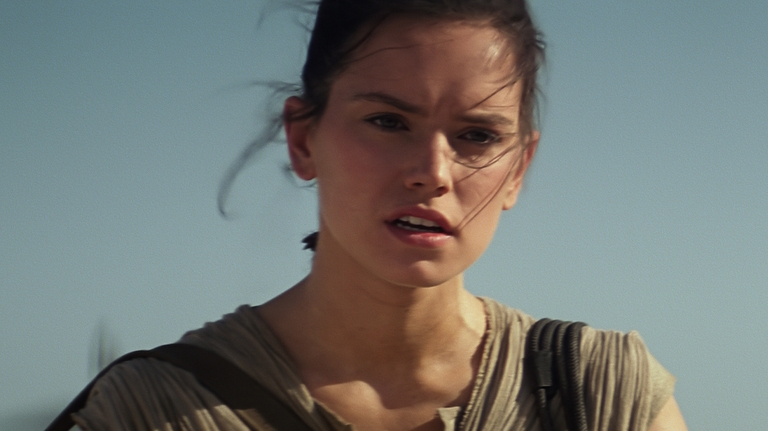 Now, for a few things I did not particularly like.

By contrast. Starkiller Base destroys an entire system, apparently, but we mostly see it only as explosions in the sky viewed by far-away people. I remember a throw-away line about that system having Resistance outposts, but we never learn whether anyone there mattered, and everyone moves on from that destruction pretty easily. There’s no emotional connection to its power, and thus there’s less investment in the attack to destroy it. It didn’t help matters how formulaic that attack was. The filmmakers at least were self-aware of this, having Han humorously point out that there is indeed a formula to destroying these megaweapons. But that acknowledgement didn’t fully absolve how paint-by-numbers the attack on Starkiller felt.

One of the things that makes the climax of Return of the Jedi so powerful to me is the way the movie weaves three prongs of attack — the aerial assault by Lando and Ackbar, the Endor moon battle with Han, Leia and the others, and Luke’s showdown with Vader and the Emperor — and makes you feel the tension of all three. The Force Awakens tries for similar interweaving, but only goes one for three, maybe one for two if you’re charitable and don’t count Leia and the Resistance nervously (but emptily) monitoring the fighting back at their base. The ground assault still felt powerful to me, with Han’s death followed by Finn and Rey’s fights with Kylo Ren. But the aerial assault was such standard fare that I never felt any significant tension there. The rebels attack, struggle, a couple die, then the ground assault opens a vulnerability, and the main pilot blows it up. Again, it’s not necessarily predictability that’s the problem — Han dying was predictable, but moving. But this was just too formulaic for me to fully get behind. 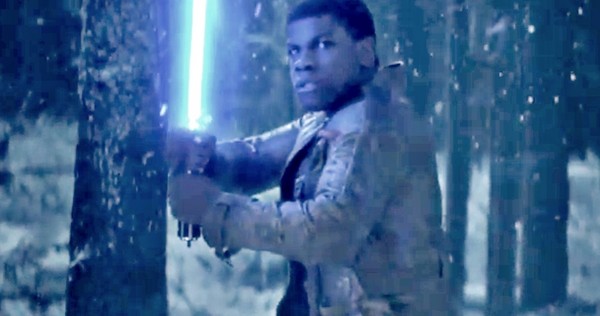 So there are my thoughts. I spent longer talking about the negatives, I think, but only because they required more elaboration; the good of the movie was definitely more plentiful but also faster to write about. The biggest positive for me was how the characters were just really strong, and provided such a wonderful foundation for the future of this franchise. It was always fun, always entertaining. It looked great, with some really impressive designs and gorgeous battles. And it just felt right, which is the kind of vague sensibility that’s hard to describe but was undoubtedly lacking from the prequels. And at the end of the day, that vague sense of rightness is probably all that really matters. The Force Awakens wasn’t perfect, but it was genuinely Star Wars.

Star Wars is back.