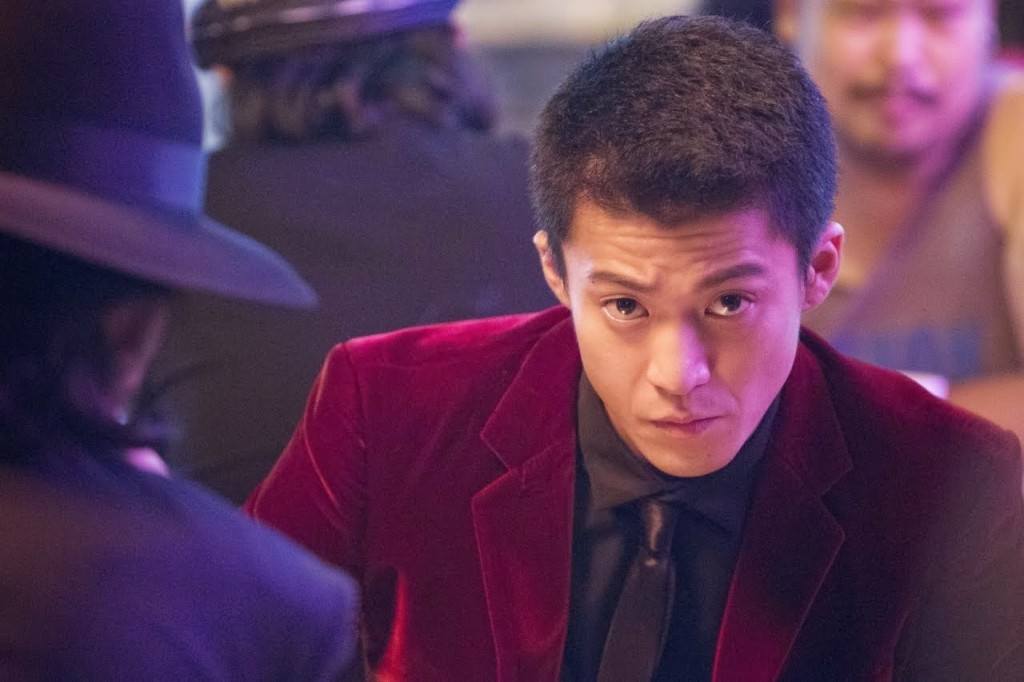 The fourth annual LA Eigafest came to the Egyptian Theatre in Hollywood this past weekend, and brought with it a slew of recent Japanese releases, many carefully selected to appeal to the American masses. Of course, most of those in attendance throughout the weekend were either critics or die-hard eiga fans to begin with (eiga translates to film), but either way, there was a lot to chew on over the three days.

The festival kicked off with the buzziest project of all: the international premiere of Lupin the Third, the first live action theatrical adaptation of perhaps Japan’s most beloved manga character since 1974. That would be Lupin, or Arsene Lupin III, who’s been around since 1967, created by fan favorite artist Monkey Punch. 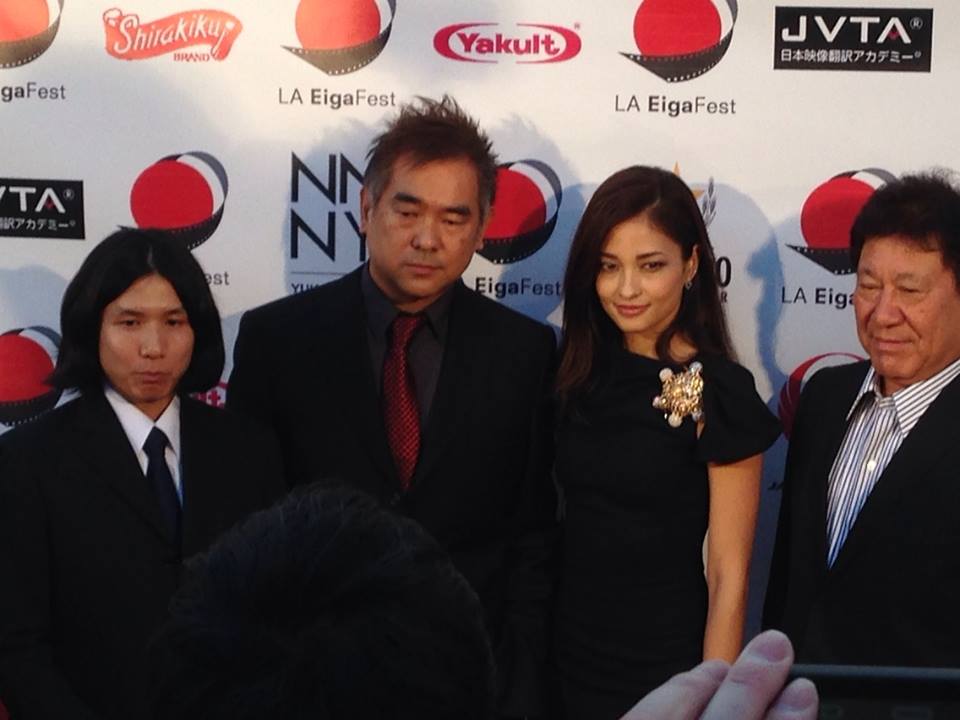 It’s clear that Lupin’s long-awaited arrival in the form of a Japanese blockbuster is a big deal, so it was a coup for us to see it one day before the rest of Japan, with director Ryuhei Kitamura, producer Mataichiro Yamamoto and star Meisa Kuroki in attendance. In fact, I felt guilty being among the crowd and the red carpet, invited to a party that I couldn’t hope to completely understand. My only experience with Lupin came in the form of Hiyao Miyazaki’s first film, The Castle of Cagliostro (a singular cinematic experience). It was like when you were invited to a Halo-themed birthday party in high school, and you had never played Halo. Or at least, that was me in high school.

Lupin was “mission: impossible” to make into a live action film, but when Yamamoto called Kitamura, the Versus and Godzilla: Final Wars director who now makes his home in Los Angeles, and told him to come home and direct Lupin, his reaction was, erm, visceral: “What the fuck!”

He was shocked, enthused, thought it would never happen, but it’s clear that Ryuhei would follow producer Yamamoto into a fire if he asked him to (and was paid enough for it). As the screen crackled to life, Kitamura gave the sold-out crowd a warning: “Be prepared. It’s gonna be crazy.” 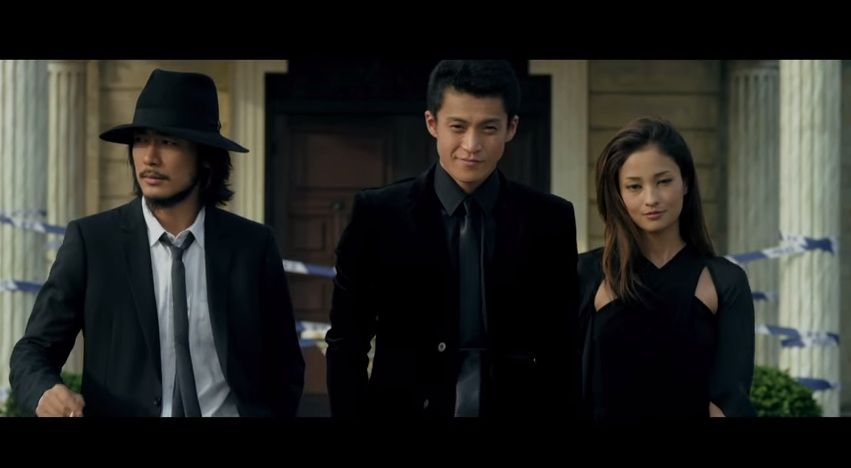 That’s certainly the right adjective to describe what amounts to a Oceans Eleven/Italian Job back and forth of heists, sketchy allegiances and slapstick comedy (there’s even some Fast & The Furious in there). Lupin is the kind of action caper that includes a slo-mo fight scene with a woman in black leather in a parking lot, the sprinklers undoubtedly activated because deeply enmeshed into the sprinklers DNA/code of honor is a deep-seated desire to get hot chicks wet (so they can do the hair flip thing), because sprinklers are always sprinkling on hot women in leather in brawls. That’s what they do. That’s all they do.

After Fujiko Mine (Meisa Kuroki) and her comrades do the heavy lifting to steal some gold coin of Agrabah or whatever, Lupin rides a motorcycle in the parking lot underneath it, blows the ceiling to smithereens, and blazes off with the coin, wasting all of Fujiko’s impressive acrobatics. Oh, Lupin. Lupin’s a part of the team (The Works, a top-secret organization of thieves, led by aged father figure Dawson), but is a lone wolf who plays by his own rules™. It seems to be working for him, until Michael Lee (Jerry Yan) preys on his one weakness: Fujiko, and steals the coin back by threatening Fujiko’s life. Lupin, Fujiko, Michael and the rest of The Works team meet at Dawson’s palatial estate to eat, drink and be snobby thieves with other snobby thieves. During the party, Dawson steps down and introduces us all to the film’s maguffin, after a heavy dose of Exposition: the necklace of Cleopatra. It’s missing a ruby, of course, which when placed in the necklace, will likely lead to a portentous “let our powers combine” Captain Planet-y montage of epic proportions. 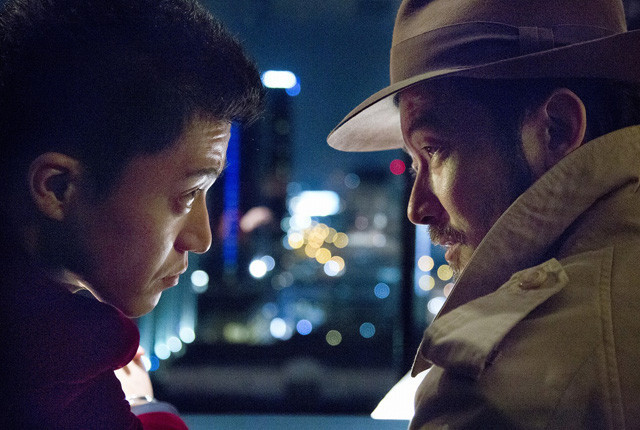 Michael, the trickster/one of confusing loyalties, steals the necklace, and catches the attention of Interpol and the maybe not-so-hapless Inspector Zenigata (Thor‘s Tadanobu Asano), who has been on The Works’ trail for months/years/forever (he wouldn’t exist without Lupin). If Team Rocket was followed incessantly by a cop who slurped noodles as if he’s impervious to MSG, that would be Inspector Zenigata, who’s one of the most joyous parts of the ensemble, mostly to see him yell, be frustrated and stomp around. Like the Terminator and the sprinkler, that’s all he does. But it works, and so does Lupin, in spite of Lupin and company eventually having to break into the world’s toughest building to crack™ (the Ark, which reminds me of a Rubiks Cube tinged Sinking Ship Parking Garage in Seattle), with a team of specialized experts™, to take down Pramuk (Nirut Sirichanya), an underworld kingpin™. While Lupin is a part of The Works, this film’s synopsis reads like The Works option at Restaurant Cliche (dibs on that business venture).

And it works because it’s fun, and that’s mostly because they’ve cast the project so well. Lupin’s band and their dynamic leap off the page of the manga and really capture the spirits of these characters. 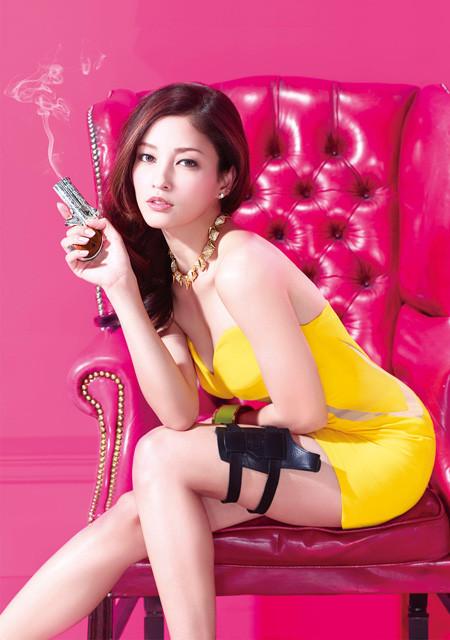 Fujiko is the sexy femme fatale who manipulates Lupin for her own goals, forever promising a kiss, and never relinquishing one, Lupin as weak to her wiles the 400th time as the first, and it’s hard to blame him thanks to the bewitching Miesa Kuroki.

Shun Oguri IS Lupin, born to grin, run around, flub with Fujiko and wear yellow ties. He’s the “world’s greatest thief” even when it appears that he’s the fourth most valuable member of his own team; that’s the joke. But it’s Goemon (Go Ayano), the overly stoic sword master, who steals the show the moment the dumpling loving fiend appears, with every deadpan line, or tic, or badass stunt. He’s Drax the Destroyer with a sword, whereas Lupin’s best friend Jigen (Tetsuji Tamayama) is his foil, a gun-toting superhero, and the two clash over their dueling weapons of choice and their anachronistic styles and personalities, the yin and yang of Lupin’s sidekicks. 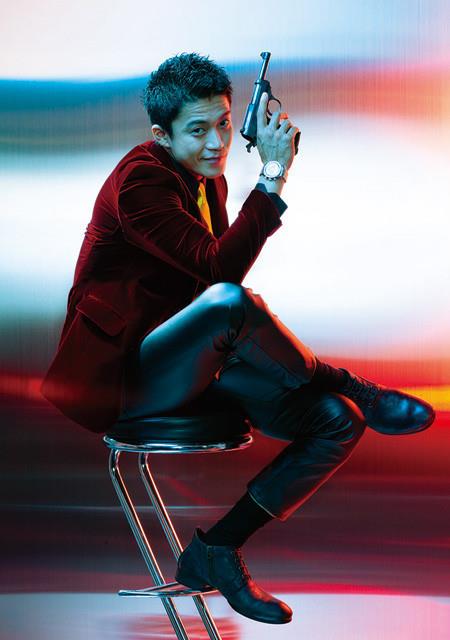 After the film, there was a Q&A, in which producer Yamamota was asked: Why now, after all these years? The answer amounted to technology catching up with the concept. It almost took too long, as the movie mostly feels like a rehash of the heist genre, with altogether too many bullets (gunfire in Japanese movies sound like American bullets on steroids), but its heart is in the right place, with some fantastic nods to the original series (like say, a yellow car full of money) and some genuine belly laughs. In the reception afterward, it was clear that fans of the popular hero were elated and sated. It certainly helped that the evening was topped off by Sapporo and Shochu (a Japanese spirit made from sweet potatoes) at an open bar, accompanied with sushi, katsu, teriyaki, fried chicken and new friends.

Hopefully Lupin the Third will make some friends of its own when the movie comes state side next year. Either way, we can expect a Part 2 and possibly a Part 3: after Kitamura finishes his Constantine/Blade-like project in the U.S., there are already talks for the director to take back up the reins of the burgeoning Lupin franchise (he also admitted that there will be a Versus 2). It seems that while it took Lupin more than forty years to make it onto the big screen, he sure as hell won’t relinquish the spotlight anytime soon. That certainly sounds like Lupin.