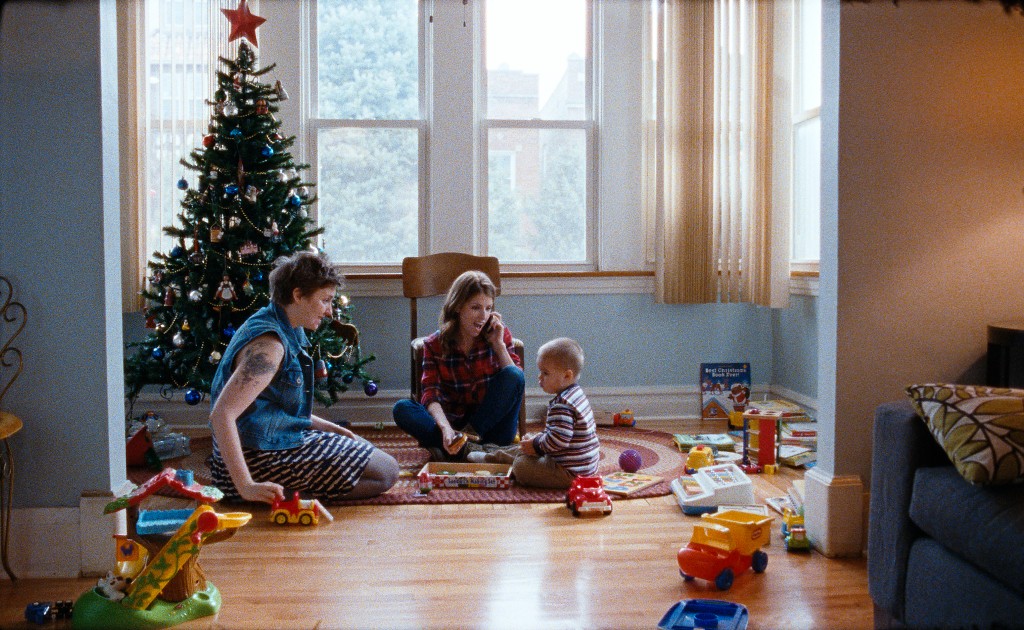 While it’s kind of weird for a movie called HAPPY CHRISTMAS to come out during the summer, it’s great news for us as an audience, because it means we don’t have to wait so long to see this intimate, genuine depiction of young family life.

HAPPY CHRISTMAS is very much a part of the mumblecore sub-genre of movies, thanks to its naturalistic dialogue and low budget, except its cast is filled with anything but amateur actors. Mumblecore films fascinate me thanks to their heavily improvised feel and genesis, to their smallness and firm grasp on reality. HAPPY CHRISTMAS is no exception. Writer-director-actor Joe Swanberg (DRINKING BUDDIES, V/H/S) is one of the biggest talents to come out of the genre, along with Mark Duplass, Greta Gerwig, Lynn Shelton and even Lena Dunham (TINY FURNITURE, GIRLS), who shows up in HAPPY CHRISTMAS. I’ve liked Joe Swanberg as both an actor and filmmaker before this, but after HAPPY CHRISTMAS, I’m forever curious to follow his career, because it’s clear that he has something to say and the means to say it. 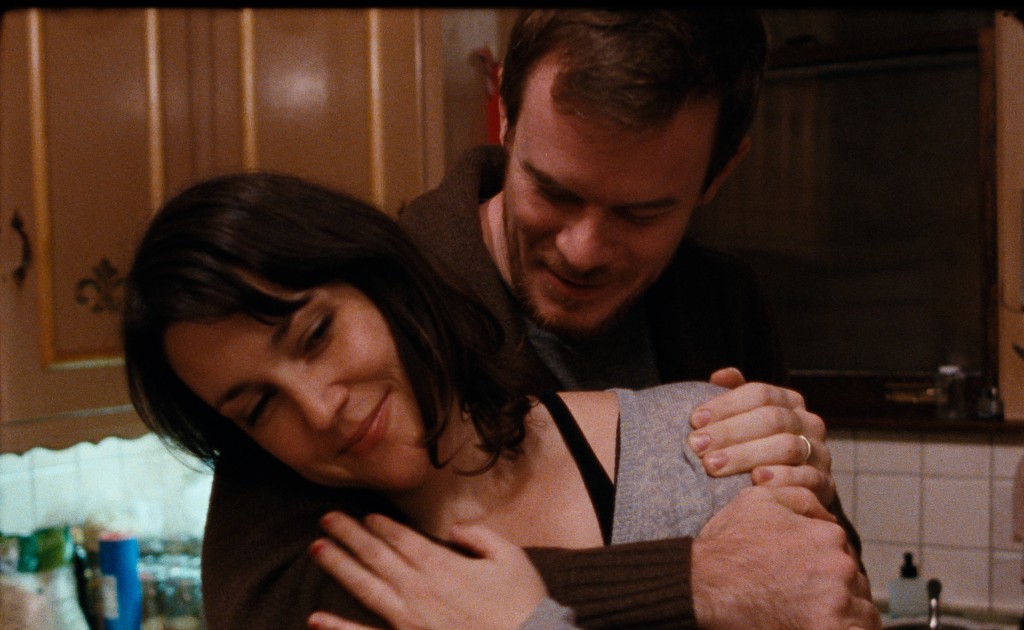 The movie’s premise is simple, but no less universal. Following a portentous break up, Jenny (Anna Kendrick of PITCH PERFECT and UP IN THE AIR fame) arrives on her older brother Jeff’s doorstep to crash. But it’s not just Jeff’s life that she’s interrupting: Jeff (Joe Swanberg) is happily married to Kelly (Melanie Lynskey from TWO AND A HALF MEN and WIN WIN), and the pair have an adorable two year old baby in the house.

Jenny is directionless, selfish, irresponsible, and broken. Her first night in town she goes out with bestie Carson (Lena Dunham) to a house party, makes out with a random dude, passes out in someone else’s bed, and is impossible to deal with. It’s embarrassing; some form of this exact night has probably happened to all of us, and your skin crawls when Carson calls Jeff out of bed to help her deal with the situation. Jenny was supposed to take care of their son in the morning, but when she wakes up in the afternoon, Kevin is there, a ridiculously appealing nice guy hipster babysitter. Mark Webber (SCOTT PILGRIM VS. THE WORLD) is a vision of exactly why and how hipsters get laid. Webber played a similar role in SAVE THE DATE, as the thankless rebound guy, and it’s incredible how endearing he is as a babysitter/drug dealer/love interest here. He has Chris O’Dowd levels of lovability. 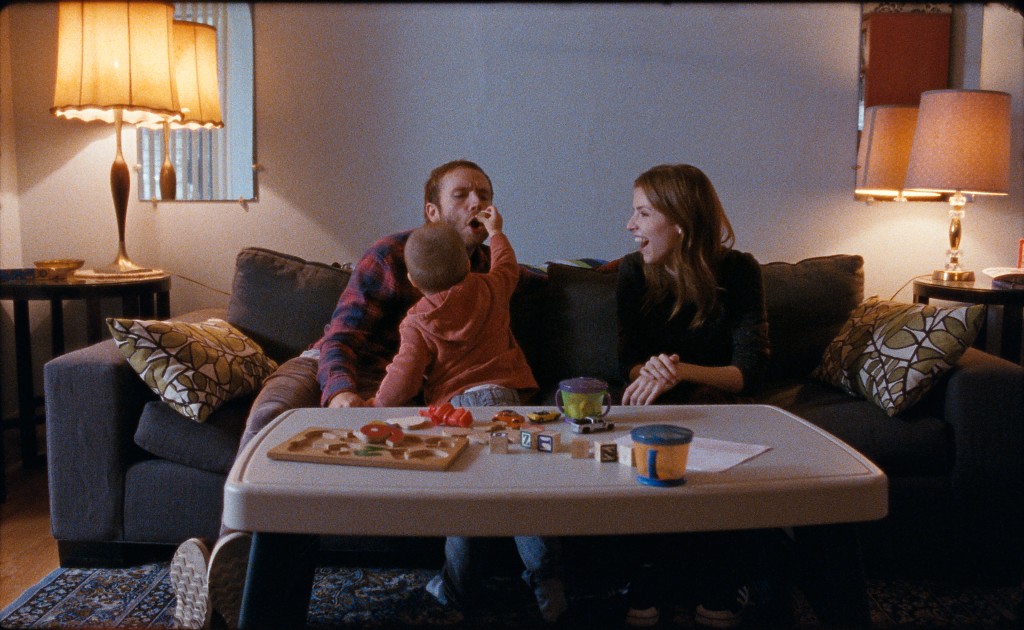 Jenny’s arrival shakes up Jeff and Kelly’s life, and certainly rubs Kelly the wrong way. She doesn’t feel like the baby is safe when Jenny is around, and Jenny constantly does things (intended or not) that will make your stomach turn. But Jenny also injects enthusiasm and passion back into Kelly, who seemingly had already doomed herself to decades of stay-at-home Mom-dom. Instead, Jenny gets Kelly to write again, even if it is a trashy teen romance. 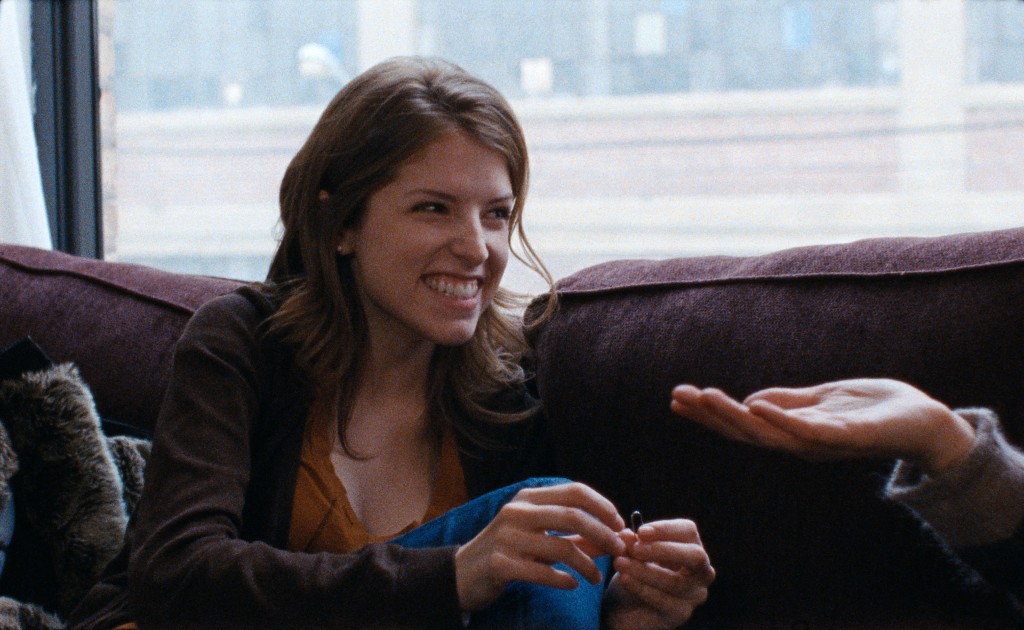 Anna Kendrick has a tremendous ability to be simultaneously captivating and eminently hate-able, and she uses both talents to inhabit Jenny. You want to like Jenny, but she’s also kind of the worst. I wish we knew more about her. While we know people like Jenny and what she represents, we never know what happened with her last boyfriend, what screwed her up, and maybe that’s why we never really feel sorry for her, or are as forgiving of her trespasses as Kelly and Jeff seem to be. We also never get a full arc for her character, but perhaps that’s the point. In real life, people don’t always have arcs.

The showstopper is Melanie Lynskey, however. She’s so vulnerable, so fragile as a mother who has seemingly said goodbye to being sexy, to being a writer. She loves Jeff and her baby, but when Jenny unlocks that desire for more, to not give up on herself and to establish an identity beyond that of Mother, we see Kelly’s true power and grace. Melanie Lynskey is heartbreaking and inspiring in the role. 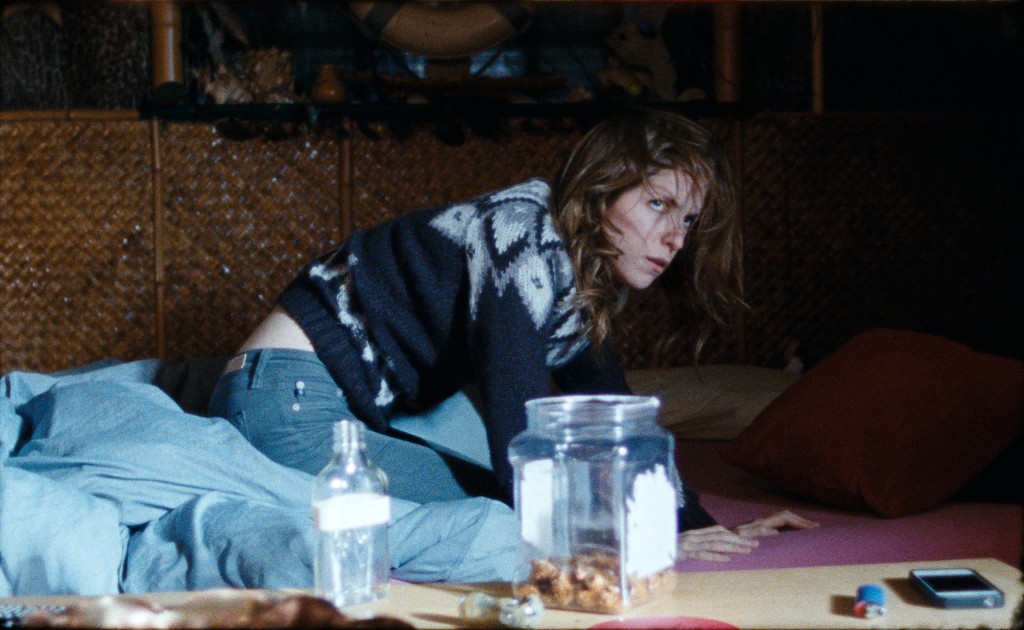 HAPPY CHRISTMAS is shot on analog film in such a way that it almost looks like a home movie, with minimal lighting. You can say that HAPPY CHRISTMAS is a “small” movie, because there aren’t any larger than life characters, or universe-shifting events, but it’s gripping and powerful because it tackles moments lifted from our own unwritten memoirs. Joe Swanberg’s portrait of early family life is uncomfortably authentic, capturing the growing pains that a young couple faces when children enter the picture (Jenny, not their baby, is the child that throws Kelly and Jeff into flux). It struck close to home, showcasing the different rates at which some of us grow up, while displaying that Joe Swanberg is all grown up as a filmmaker.