Tatiana Maslany is everything

Season 2 of Orphan Black premiered last week on BBC America, with the buzz surrounding the series only continuing to crescendo. The show had been on my to-watch list for many months now, but I finally took the plunge and started catching up. Thanks to the manageable season length (10 episodes) and the incredibly addictive quality of the show, I’m all caught up after just one lazy weekend.

And now that I’m caught up: Oh. My. Godot. I should not have waited to watch this show.

Orphan Black now gets my vote for the best series on television, non-Game of Thrones division. It has outstanding characters, a quick and engaging pace, and an unreal feel for suspense and tension. It also has a simple but intriguing sci-fi conceit, with an inner mythology that’s clearly not done growing yet.

But above all, it has Tatiana Maslany. 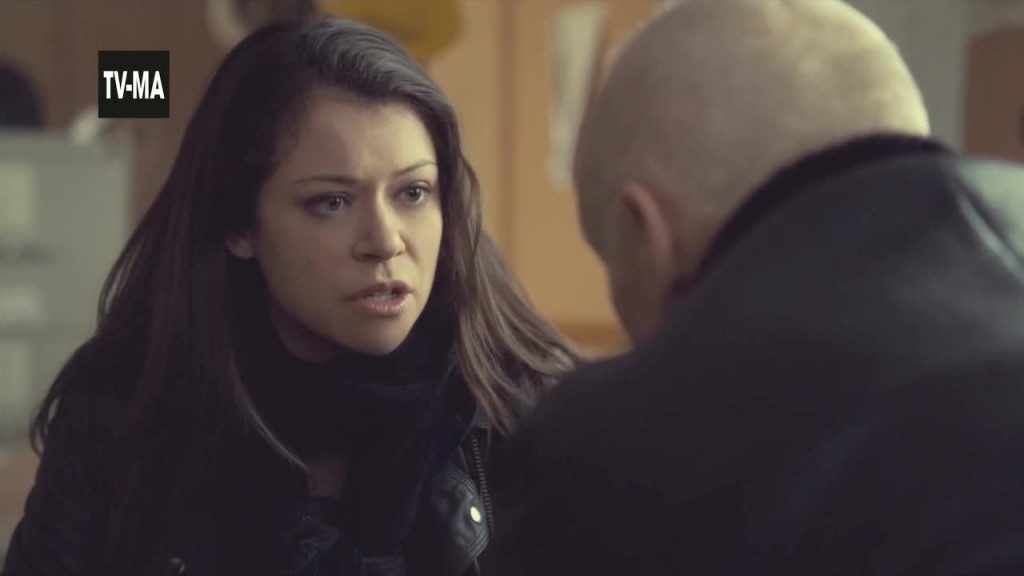 Maslany is incredible. I overuse superlative adjectives in my writing, largely because I mostly just write about things I love. But separate my praise-happy style from the fact that this is a special case that particularly deserves a thesaurus full of synonyms for “great.” That’s how above and beyond Maslany goes.

To give a mild spoiler that won’t hurt your enjoyment of the series, Maslany ends up playing several different characters on the show. And while the hair and make-up departments deserve a heaping mountain of credit for helping differentiate those characters visually, Maslany is an absolute tour-de-force at imbuing them each with a separate personality, voice, style, and pathos.

Her base character, Sarah, is a compelling lead, coming from a broken past but increasingly finding a strength she didn’t know she had. But from there, Maslany branches out into areas that are all the more enticing. There’s Alison, a waspy suburban housemom who’s often the comic relief on the show. 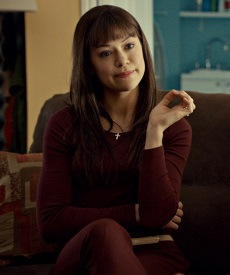 My personal favorite is Cosima, the scientist grad student with glasses, dreds, and an inclination for the ladies. She’s so spunky and adorkable, yet with a more realistic vulnerable side than any of the others, that she feels touchingly real. At one point, I actually found myself thinking she was the cutest actress on the show – before remembering it’s all the same person. 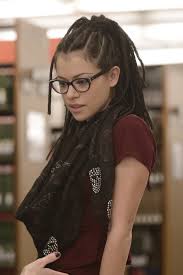 The most impressive acting comes when Maslany shows her range as the villainous Helena, a dangerously unhinged (yet at times, all-too-human) psychotic with a background of abuse. Maslany is a master of accents – she’s done at least four so far – which helps the performance, but it’s really her ability to portray such different types of people that makes her such an amazing asset. 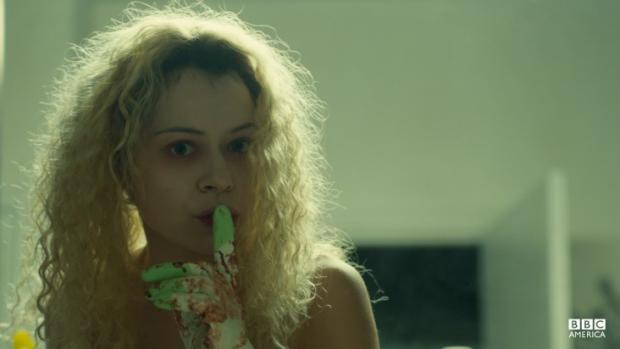 The show surrounds Maslany with a strong supporting cast, led first and foremost by Jordan Gavaris, who plays Sarah’s gay foster brother with an echoing flair and wonderful heart. Dylan Bruce lends his jawline as Paul; between this and his recurring role on Arrow, I’ll have a hard time seeing him as anything other than a handsome love interest with a dubious trust record. Evelyne Brochu is sexy and enigmatic. Kevin Hanchard brings intensity, and Maria Doyle Kennedy, who was so wonderful on Tudors, grows into an increasingly interesting role as Season 1 goes on.

But it’s really Maslany’s show, and she runs with it. She’s alternatingly funny, sexy, creepy, and emotional. It must be an incredibly demanding show, but it’s yet to box any character into a corner that Maslany can’t act her way out of. A few months ago, she lost the Golden Globe for Best Actress in a Television Drama to Robin Wright for House of Cards; while I’m definitely a big fan of both Wright and HoC, that just should never have happened. Maslany is in her own atmosphere right now.

Critics and some fans have wondered if Orphan Black’s premise and style will eventually wear thin, with the implication that it could happen sooner rather than later. It’s possible, I suppose, but the Season 2 premiere still felt as exciting as impactful as ever, and I suspect the show still has more room to grow than some might be expecting.

Because more than anything, Orphan Black still has Tatiana Maslany to wow us on a weekly basis. I strongly encourage you to get on board if you’re not already, because this show is a damn fun ride with the best lead actress on television.