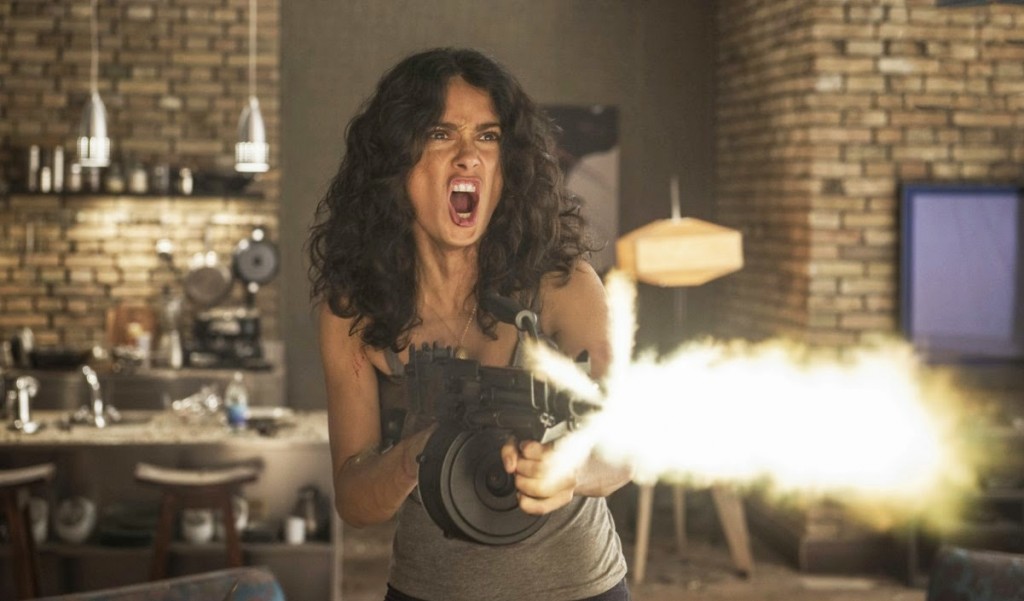 It brings me great joy to see Salma Hayek at the center of a crazy revenge thriller. But it’s unfortunate she finds herself in Everly, a movie that substitutes nearly everything with violence.

For the last four years, Everly has been enslaved (and likely worse) in an apartment run by Taiko (Hiroyuki Watanabe), a mostly absent tormentor, locked up from her mother and daughter. She’s finally had enough, and Everly picks up in the middle of her stylized vengeance, mowing down a slew of anonymous hit men. Taiko places a bounty on her head, inspiring a string of assassins, whores, and assassin turned whores with ridiculous wigs, outfits and attitude, pouring through Everly’s increasingly battered door. They practically arrive one at a time, as a favor to Everly and the film’s loose narrative structure.

We don’t want to think about what’s already happened to Everly, but we get uncomfortable reminders interspersed with more action. There are certainly clever action sequences throughout, and gore-hounds will love Everly (keep an eye on those elevators!). I love when two would-be assassins bicker to the death over who should kill Everly and get the cash. There’s a gross/awesome acid melting death to look forward to, if that’s your thing. Give Lynch credit: he doesn’t hold anything back. In fact, one might say he goes too far when it comes to The Sadist (Togo Igawa) and The Masochist (Masashi Fujimoto). But that’s the point; Everly wants to be a completely bananas and bloody Shion Sono flick. 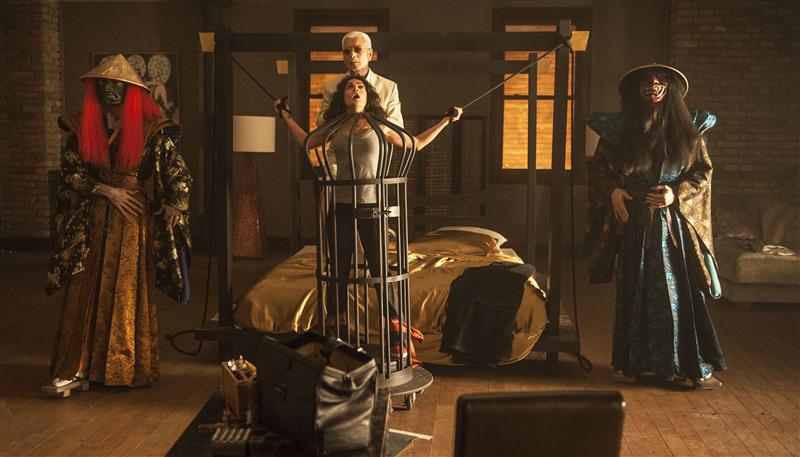 I commend director Joe Lynch (Knights of Badassdom, The Movie Crypt Podcast) for throwing us into the middle of the story, but perhaps because of it, the movie lacked clarity. We don’t need to know Everly’s motivations: that she was locked up against her will is enough. The problem is that Lynch treats that as enough justification for his entire movie, and the result is a video game. Who are these villains? Apparently every room in this insane apartment of horrors is occupied by a prostitute with a different method of weapon, if only because that generates different kinds of violence (or a new level). Considering an entire apartment is turning into a war zone, where is law enforcement or emergency vehicles or anyone? Does Taiko own everyone? Are we in Dredd? What kind of an apartment is this? Who is Taiko? Taiko is lurking, watching, calling Everly every so often to refurbish his threats, the inverse-Bill (of Kill Bill, one of the movie’s clear influences). Taiko, of course, only shows up at the end because that’s how movies work, but in the scope of the story or plot, it doesn’t make any sense, and his assertions of love are insulting. Of course, if Taiko or any of the assassins shut up and did their job, this movie would be 15 minutes long. Every character has James Bond villain syndrome. 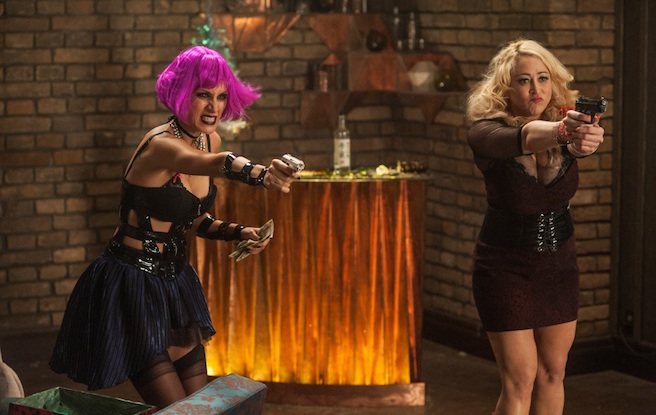 The only moments Everly ever becomes something more than a vessel for whatever cool trick Lynch wanted to play with, is when Everly and her family interact with the Dead Man (Akie Kotabe), one of the first bullet riddled hit men clinging to life.

Everly plays homage to Kill Bill, Die Hard (it’s Christmas!) and bonkers Japanese films concerning revenge and blood that Kill Bill adapted so successfully. But unlike The Bride, Salma Hayek doesn’t get enough to play with and she can’t quite swear like Bruce Willis. The biggest problem is the fun of these movies doesn’t quite translate to Everly. It’s too focused on the next scene of clever violence to let the audience play, explore and enjoy it. There’s humor in this movie; I just wish Everly would let the audience in on the joke. 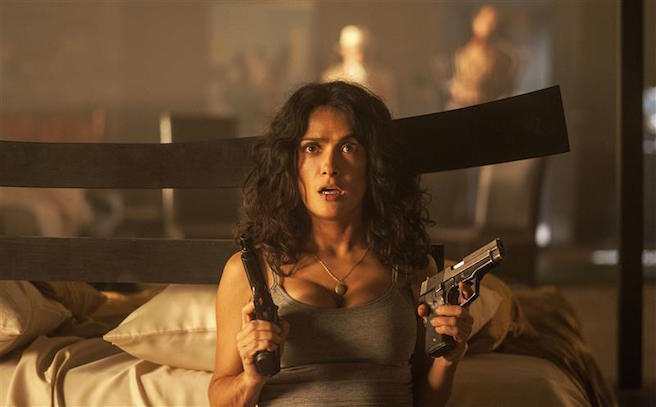